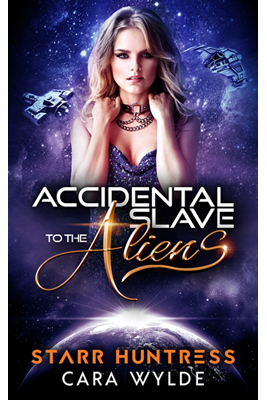 An intergalactic war.
Aliens have been planning an invasion of Earth for years, but theyre pacing themselves. Their strategy is subtle and devastating: theyve infiltrated humans and taken over science, economy, politics, entertainment, and pretty much everything that looks like a building block of human society.

An FBI agent in Hollywood.
Undercover agent Avery Tonkin is finally getting close to the main suspects, Kit and Alex Walsh, alleged bad guys whore holding Hollywood and the book industry in the palms of their hands. Their romance books and movies are brainwashing humans into believing aliens are sexy, and Averys mission is to find out what their endgame is.

Two Alpha aliens whore having second thoughts.
Kryan and Aedar havent had a breakthrough in months, and the Alliance is losing faith in them. While all the other ship captains are taking human slaves, their own species, the Kralians, seems to be allergic to humans. Its a mystery they cannot solve. Until Poppy Tonks, the star of their newest movie, materializes out of thin air in the middle of an Alliance meeting. Shes naked, collared, and shes saying shes their pleasure slave