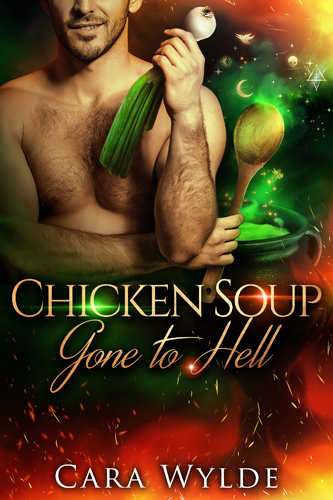 Ive always known Im a terrible cook. But summoning a demon while attempting to make a simple chicken soup? Thats just next level.

Asmodeus, King of Hell, ruler over too many demon armies to try counting them, is in the middle of my destroyed kitchen, awaiting an explanation. He says Im a powerful witch, but thats just ridiculous. He says hes bound to me, and hell fulfill any wish I have.

What do I say? Despite his horns, hooves, and tail, hes stupidly handsome. And I need to find a way to banish him before he gets under my skin.