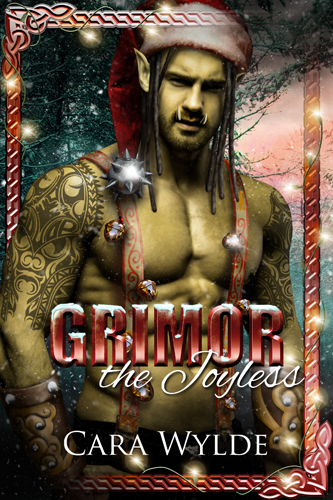 Faith Bell is in need of a miracle. A Christmas miracle. And not for herself, either, but for the children at the orphanage where she works. Shes an orphan herself, shes penniless, and after a life of being in service of others, at twenty-five, she doesnt have much going on. Not that shed have it any other way, but the orphanage is going under. Without funding, and with less and less people willing to work for smiles and hugs, the orphanage will surely close. When humans turn their backs on their own orphans, Faith sees only one way out. She becomes an orc tribute.

Grimor the Joyless once had a different name. Back in the orc world, he inspired terror and awe. Now, in the world of humans, after so many years of meaningless peace, he cant find his place. Hes lost his purpose. There is no word in his language to describe how he feels. There is a word in the humans language, but hes forbidden his orcs from ever speaking it. His mage says he needs a bride. Hell take one, if that means his horde will shut up about it and leave him be.