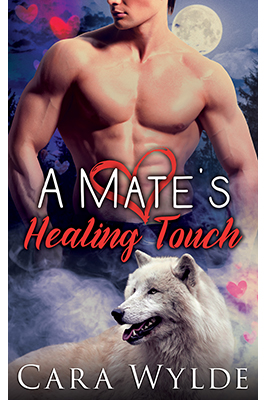 Its been ten years since Caleb, Delta of the Crescents pack, lost the woman he loved in a bloody battle to protect his Alpha, the Alphas bride, and their unborn pup. Calebs life has never been the same without Val, and hes still refusing to move on. Hes isolated himself from the pack, and hes avoiding Rosanna, Vals best friend, like the plague. He knows the blonde, sexy she-wolf has feelings for him, and every time he is around her, Caleb can barely fight their chemistry. No matter how much he wants Rosanna, he will never betray Vals precious memory.

Rosanna has grown tired of seeing Caleb, the love of her life, fall deeper and deeper into depression. Its time for him to understand he cant live in the past, and shes taking it upon herself to convince him. Her love should heal him, right? When their Alpha sends Caleb and his other Delta, Daniel, on a mission, Rosanna is the only one who knows Caleb is not ready to face any dangerous situation. When he makes a reckless call, she is there to protect him, even if it means risking her own life.

A Mates Healing Touch is a sizzling hot standalone novella with a happily-ever-after. Intended for readers 18+.