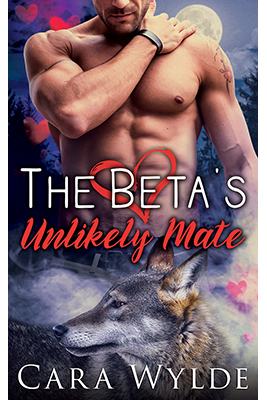 Sexy, independent, and totally Alpha, Jocelyn Blackmane has gotten used to the idea that one-night stands are her best option. Shes not even looking for a mate. In a world where female Alphas are a rarity, it's hard for Josie to find someone who could match her. Lately, however, shes felt deliciously drawn to her Beta, Ryan. Unwilling to risk their friendship and confuse her pack, Josie ignores her feelings as best as she can.

Ryan cant even remember when he fell in love with his Alpha. Ten years ago, he had almost lost her during the Battle at Alma Venus, and since then he couldn't imagine his life without her. But, surely, such a strong and beautiful woman would never look his way, right?

When theyre forced to spend Valetines Day on a business trip, helping the dragons of Clan Drekinn renovate half of their palace in Norway, Ryan and Jocelyn find it more difficult than ever to resist their lust for each other.

The Betas Unlikely Mate is a sizzling hot standalone novella with a happily-ever-after. Intended for readers 18+.